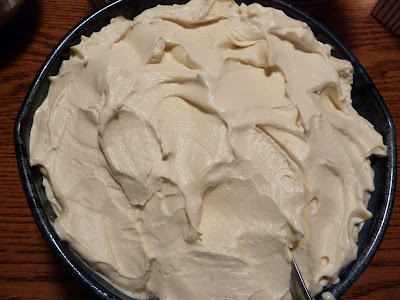 This is a delightfully tangy ice-cream, that for some reason often tastes as if there is a hint of lemon in it, even though there isn`t. It has been a family fave rave since the kids were little, so we are talking at least three decades and change since I first started making it for our family.
NOTE:
Posted by SharonOddieBrown at 10:54 AM