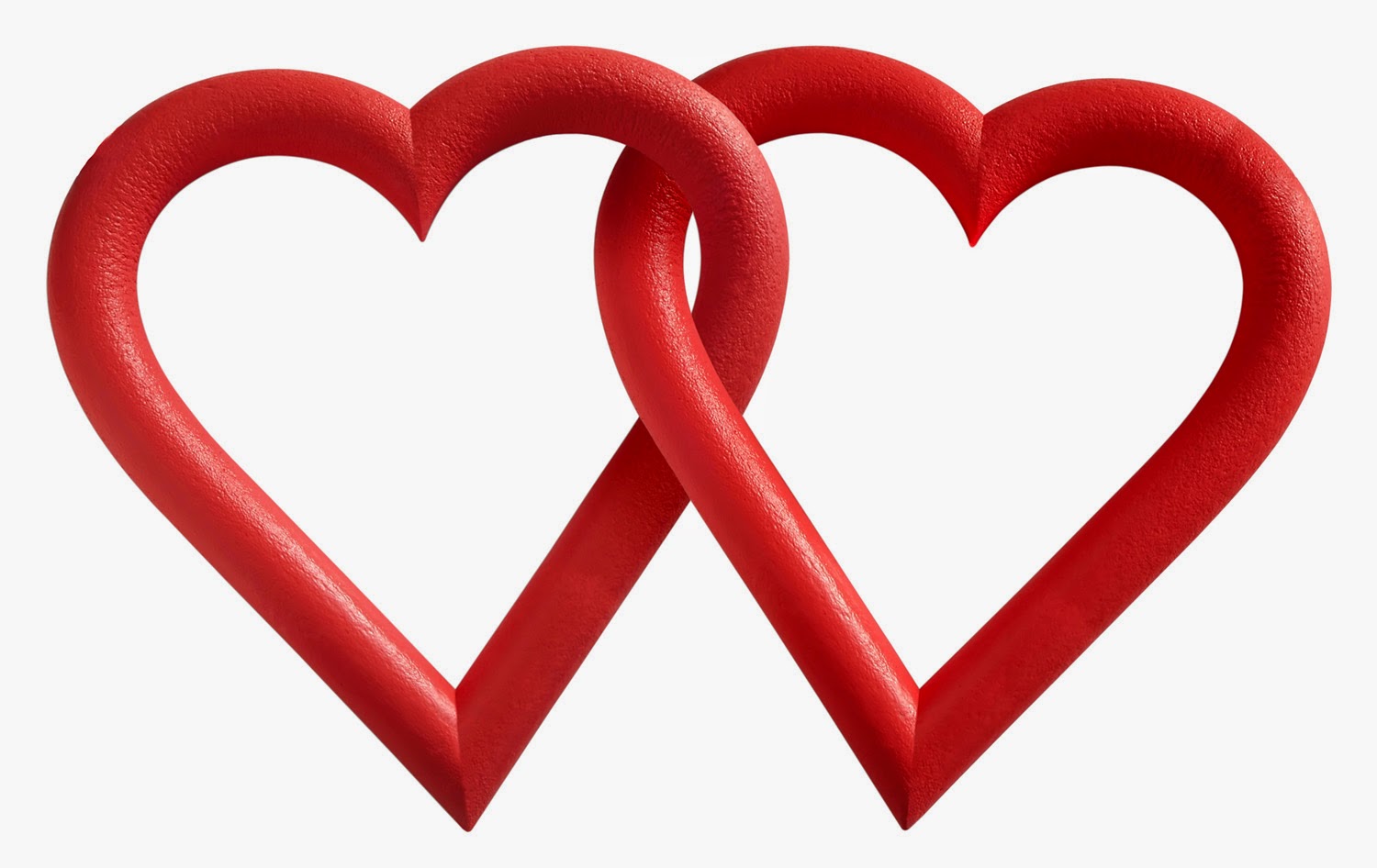 Posted by SharonOddieBrown at 3:43 PM 4 comments

Sir Henry Pottinger (1789-1856)
It wasn’t until 1842, at the conclusion of the First Opium War and a year after the flag had been raised at Possession Point, that Henry Pottinger from Co. Down, as the Queen’s representative, dictated the terms of the Treaty of Nanking to the Chinese after their military defeat. A year earlier, aged fifty-two, he had been appointed Envoy and Plenipotentiary to China by Lord Palmerston. Palmerston had hand-picked him to negotiate the new treaty, but when he finally signed it, he overstepped his mandate. Like many of the other Governors who followed him, and who also overstepped their mandates, he felt no need to apologize:

… the retention of Hong Kong is the only point in which I have intentionally exceeded my modified instructions, but every single hour I have passed in this superb country has convinced me of the necessity and desirability of our possessing such a settlement as an emporium for our trade and a place from which Her Majesty's subjects in China may be alike protected and controlled.

When he spoke of the need to defend the right of Hong Kong merchants to carry on their mercantile pursuits, without molestation or restraint, he was also echoing the language of his father, Eldred Curwen Pottinger, a political radical who had formed the Mountpottinger Volunteers in 1779, an organization which was inspired by the patriotic and revolutionary fervor of both the American and French revolutions. The Volunteers of Co. Down were also dedicated to protecting the rights of men like themselves - farmers and linen traders. At a meeting when Eldred was in the chair, they had pledged:

We believe that Ireland should be a nation, independent and free, without impolitic restrictions on our commerce under which we groan.

Eldred’s was one of the first Volunteer resolutions to not only speak of Ireland as a nation, but also to link that vision to a need for political reform.

A biography of Pottinger, published in 1846, mentions that one of his ancestors led a body of mercenaries who did good service in the wars of the north of Ireland, in the reign of Queen Elizabeth. For at least a hundred years after 1602, a time when the Pottingers were first recorded as working as merchants based in Belfast, the family had done quite well for itself. They had also supported the winning sides in various battles. In the 1690s, his three times great-grandfather had sold part of his estate to help fund King William, the monarch who prevailed in the Battle of the Boyne. Perhaps the subsequent Pottingers were over-generous, or foolhardy, or unlucky, but regardless, the family fortunes went downhill from there. By the early 1780s, seven years before Henry was born, his father had to sell most of the family land at Ballymacarrett - except for Mountpottinger House and 65 acres - to cover debts. Five of his sons, all but his oldest, were then pressed into military service, and two died in combat in India. As for young Henry, he was 22 years old and living in Bombay in 1811 when the house he was born in was sold to cover even more debts. A decade after that, with no help from his family, he had saved enough to be able to marry Susanna Maria Cooke, the daughter of Captain Richard Cooke of Cookesborough, Westmeath, Ireland.

In spite of all his accomplishments, financial, military and marital, Pottinger was still treated as an outsider in the halls of power in London. Lord Aberdeen was among those known to mock his Co. Down accent to his face, while others discriminated against him behind his back. After his death, his family accused Parliament of not treating him as well as they should have, and his brother William went so far as to erect a plaque in St. George’s Church in Belfast which reads in part:

On concluding his successful Treaty with China in the year 1842 he was destined for the Peerage by her Gracious Majesty Queen Victoria the First, but Lost this High Distinction through the same Hostile Influence which was exerted in Vain to Prevent Parliament Rewarding his Eminent Services to the State.

Even though Henry had been made a baronet in 1839 in recognition of his services in India, the government had never recognized the significance of his services in China in any tangible way. It took until June 1845 for Prime Minister Peel to grudgingly offer a pension, one that was somewhere between a tenth and a third of what should have been Pottinger’s due. The proposal to award this pension hadn’t even originated with Peel, but had been advanced by the radical MP Joseph Hume, a member of the opposition. A contemporary biographer, writing in 1846 in the Dublin University Magazine pointed out:

It was the fate of Sir Henry Pottinger to have been appointed by one minister, and rewarded by his opponent.

Although Pottinger later served as the first Governor of Hong Kong, his was the shortest stay of any of the Irish Governors (1843-44). He wasn’t very popular with the merchants, but his year there was also a year when he suffered significant personal losses. John Robert Morrison (1814–1843), his very dear friend and Colonial Secretary, died in August of Hong Kong fever [probably malaria].. A second and perhaps even greater loss for Pottinger was the death of his nephew, Eldred Pottinger, a hero in the battles at Herat in Afghanistan, and a son of Henry’s older brother Thomas. Eldred was only 32 years old when he succumbed to a fever in 1843 while visiting his Uncle Henry in Hong Kong.

Many of these Irishmen, who inevitably socialized with one another during the very early years of Hong Kong, already had deep connections to China, and had many had met long before the Colony began. Pottinger’s friend, John Robert Morrison, was the son of John Morrison (1782-1834), the first Protestant missionary to China. He had been born in China. His mother was Mary Morton (1791–1821), the eldest daughter of John Morton, surgeon-in-chief of the Royal Irish Artillery, of Dublin. In 1821, just after his mother’s death, when Morrison was 7 years old, he had been cared for by Dr. Francis Dill, an Irish relation of Thomas Jackson. At the time, Dill had been a surgeon on the East India ship, the Atlas. Dill later served as Hong Kong’s first colonial surgeon. He was known as a compassionate doctor, but he too succumbed to malarial fever in Hong Kong which he contracted in 1846, after caring for destitute sailors. He left as his legacy the creation of the Society for the Relief of the Sick Destitute, a service that long outlived him.

Disease was not the only cost to men such as these who served most of their lives abroad. The lengthy separations also wreaked havoc on the lives of their wives and children, people who they barely knew after decades of living apart. Henry’s eldest son Frederick had been raised by his wife, and Henry barely knew him. Frederick’s life did not turn out well for anyone. He lost most of his mother’s wealth at the race track, and then after Henry’s death, also squandered that inheritance. He failed at everything he tried, got into drunken brawls, and died in Australia from an accidentally self-inflicted gunshot wound to his abdomen.

This is not to diminish Pottinger’s own accomplishments, nor the accomplishments of any of these Irishmen mentioned above. Even before the Treaty of Nanking was signed, a glorious future was expected to result from it. The very first edition of the very first Hong Kong newspaper described its potential (emphasis mine):

… we accept all as auxiliaries (whatever clime or country may claim their origin) who will join us in demanding an unrestricted trade with the Chinese – we inscribe Free Trade on our banner and that it may wave triumphant we shall insist on the permanent occupation of Hongkong, the authoritative declaration by the British Government of its being a Free Port, and the exercise of a generous policy by the Home and Local Governments to foster and encourage this insular settlement on the coast of China, which we earnestly believe requires little aid to become one of the most important commercial emporiums in the East.
March 17, 1842 The Friend of China,