Did I find what I was looking for in my last foray into Ireland and England? The short answer is: Yes. A post which will include the longer answer, which turned out to be not totally what I expected, will have to wait until I get back from Boston (I leave today). In the meantime, here is a photographic flypast - at least as much as I can cobble together before I head to the ferry line-up (which will be stupidly long). Then the flight, first to Montreal, then to Boston. Until then ... 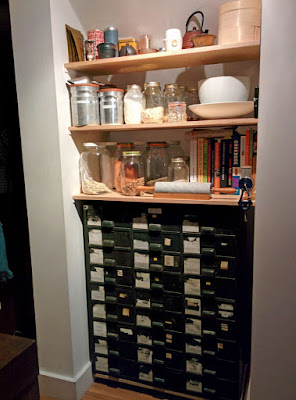 DUBLIN April 11-25
NOTE: More about Dublin will be in future posts. One of the things that I did was to do a series of photographs documenting the places where Jacksons once lived in the 1600s and 1700s. Even though the current buildings are mostly not the ones that were there in that era, I wanted to absorb the feel of it all through eyes and feet - not only from documents and maps. How far is it to walk from one place to another? Imagine what could be seen looking out from a window.

ARMAGH: April 25-29
GILFORD CASTLE: April 29-May 7
OK - Regrettably, I am running out of time. Just regard this as an  amuse-bouche. There will be more to come.

Posted by SharonOddieBrown at 8:43 AM 0 comments

My schedule has been jam packed, but at least Christine and I had a few hours last week to meet with Rosie Bell, and hear her stories about the lace-makers of Cullaville, some of whom are still making lace today, well past their 80s. These are women who have made lace since their early childhood, and who still refer to the activity of lace-making as an itch in the hand.

My interest in the lace is because of Susan Donaldson, an entrepreneurial woman in the late 1800s, and a lace agent for about 100-150 women in Creggan, Co. Armagh, lace makers who lived on farms around Crossmaglen and Cullaville. Many of them had started making lace as children.

Widowed at an early age, with a young daughter to support, Susan ran her business from her home at Urker House. She also set up a lace making school (following in the path of others). The local lace, known as Carrickmacross lace, won international awards, although according to the oral history, some of their best work was buried with various Popes as part of their burial regalia. Like so much of women's art, their work was never attributed to them. There are no names of individual women attached to any of these pieces.


I will add more details to this post after I get home and can access my other files. I suspect that not all of the pieces that I photographed are samples of Carrickmacross lace. Some may be from Limerick. Hopefully, Rosie will set me straight. Carrickmacross lace is distinctive because of the hoops on the outer edge. Some include the motifs of the rose, the thistle, and the shamrock. Much of this lace was handed down from Mary Menary (1872-1846), who in turn had inherited it from her mother, Mary Jackson (1844-1921) of Urker Lodge. On a sunny day, the texture is visible: 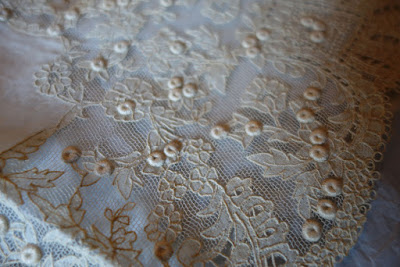 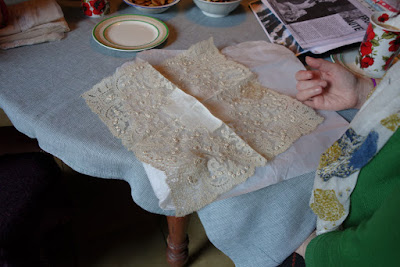 Although the photos beneath were taken on an overcast day, at least the patterns are visible.  I didn't photograph all the pieces - Christine was right. I never stay long enough! Regardless, all of these pieces are at least more than 100 years old, and I am sure that Rosie can tell us more: 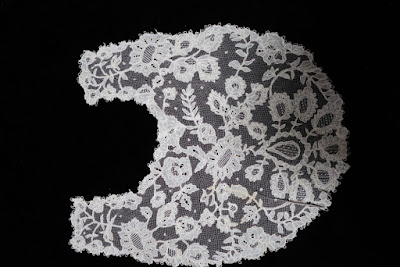 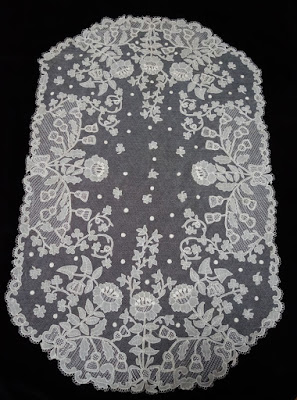 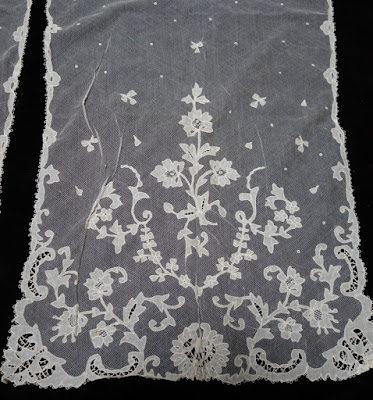 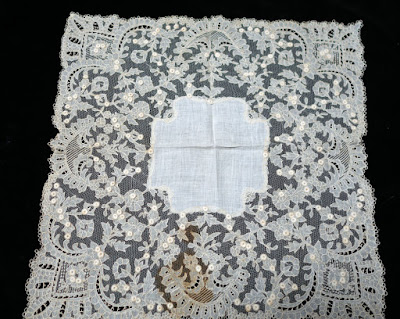 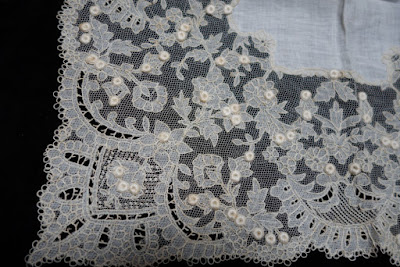 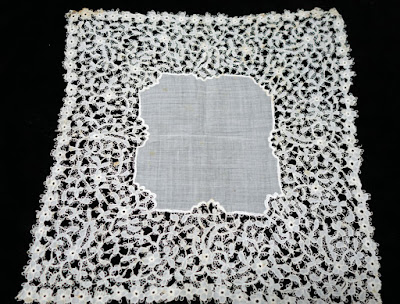 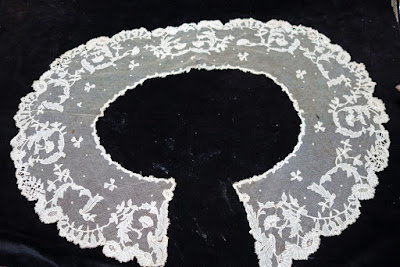 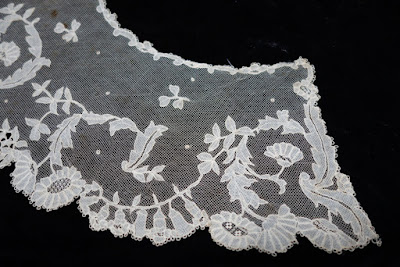 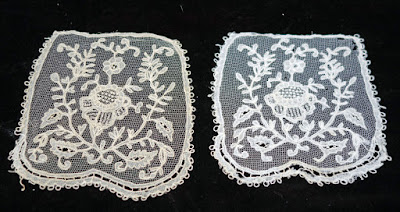 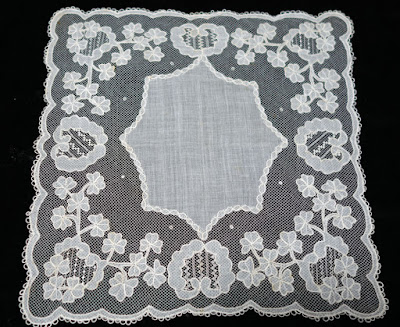 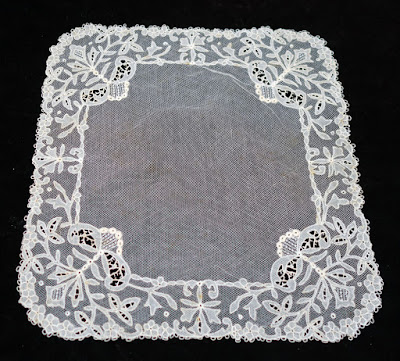 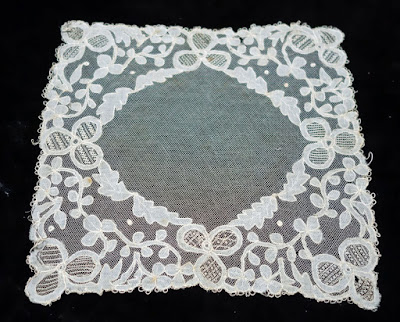 Posted by SharonOddieBrown at 12:29 AM 3 comments

2016 version of Olivers of Armagh


Recent DNA evidence reveals that most (if not all) of the Olivers who are currently living in and around Armagh City – no matter whether they be Catholic or Protestant - share a common Oliver ancestor. The question that Brendan Oliver, of Olivers’ Fruit and Veg on Thomas Street, had for me was: So who drank the soup? In the days of the Famine, impoverished Catholics who showed up at soup kitchens run by Protestants often felt pressure to convert. Those who did, were referred to as Soupers. The irony, in this case, is that no one drank the soup. Sometime in the early to mid-1800s, a Protestant Oliver, and perhaps more than one of them, converted to Catholicism.

My interest in the Olivers of Armagh is threefold.


The earliest research that I have on the Protestant part of the family tree was done by my g-g-grandmother, Eliza Oliver (1815-1903). 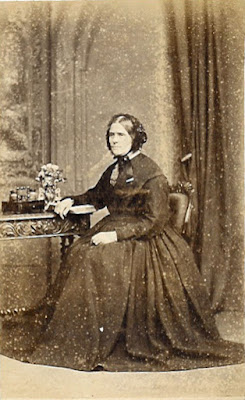 This hastily sketched out version was likely written by her in the 1880s or early 1890s – before her penmanship got a bit shaky. 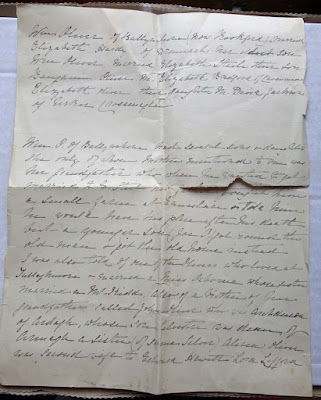 The documentation which I have assembled, for the Catholic Olivers, is based first on Church records (thank you Kieran McConville), and then on land records. These allowed me to construct a tree which is reliable going as far back as the early 1800s. A John Oliver of Tullymore was born abt 1810. He was the father of a John Oliver (1841-1909), who married, in 1863, a Margaret Rock (abt 1837-1905). I refer to their descendants as the Olivers of Ballycrummy. That townland has long been associated with this branch of the family. I only wish that I knew more about the Rock family.

NOTE: My current hypothesis is that the John Oliver of Tullymore was not only a father to John Oliver (b abt 1841-1909) but also might have been a brother of the James Oliver who sired an illegitimate child with an Isabelle M’Geogh: Sara Anne aka Saranne b. March 14, 1824 (this was quite likely an unsanctioned Catholic-Protestant relationship).  SOURCE: Cardinal Tomás Ó Fiaich Memorial Library. My next hunch is that both of John & James will both turn out to be children of James Oliver, uncle of Eliza Oliver (1815-1903).

Other than the work done by Eliza Oliver (1815-1903), evidence for the Olivers of Ennislare rests on a mix of Deeds research, family letters and such. Fortunately, a few of the leases were for the duration of three lives (lives of their children – with ages noted). Also, there were a few juicy legal battles. Nothing like a bit of dirty laundry to flesh out the tale. The resulting evidence – at least the bits that I have unearthed - are all posted on my web site.

As they say on the British Underground:  Mind the Gap.  Exactly how are the peeps from Ennislare related to the peeps of Ballycrummy? We can step back a bit to encompass a larger picture, and also look at single specific points in the family tree where there is no evidence of descendants, but where there may be some - waiting to be discovered.

With the big picture in mind, there are a number of Oliver family trees rooted in Armagh that are well worth considering.
o   Although an 1938 Letter from Blin Brown (1886-1964) mentions a Dobbin family connection, they do not show up in the tree that her grandmother Eliza Oliver (1815-1903) wrote up. It is therefore noteworthy that Dobbins are included in the Olivers of Tattykeel tree.
o   A John Vance married into the Olivers of Tattykeel about 1720, and there is also a William Vance who married an Elizabeth Oliver in 1803 in the line of Olivers of Ennislare. This may just be coincidence of two intermarriages with VANCEs, although once two families intermarried in one generation, there were often subsequent couplings in future generations.
o   Tullymore townland, which borders on Ballycrummy, is mentioned in the Olivers of Tattykeel. in connection with a John Oliver and a Catherine Whiteside. The dates are close enough for this John Oliver (d 1806) and Catherine Whiteside to possibly be related to – or even to be the grandparents - to the John Oliver of the Olivers of Ballycrummy. We have no known children for them, but the following newspaper clipping From May 25, 1811 Belfast Chronicle is worth noting, given our unexplained gap. Did John and Catherine have a son John who had financial issues? Or was this John Oliver a nephew or some other relation who was pushing the envelope? 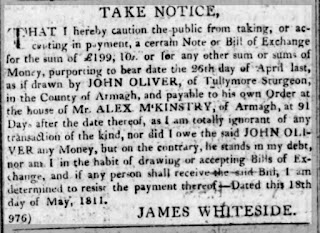 ·       There is also DNA evidence of a connection between two other lines of Olivers, although we have yet to fully unpuzzle the mystery of how they are connected to the other known lines:

When it comes to DNA, I checked with Peter McWilliams, a geneticist by training. He hosts the fabulous website: Treasure your Exceptions I was curious about what I could reasonably infer about the difference between those families where my Olivers enjoy a “0” degree of DNA difference, and those Olivers with whom we have a “1” degree of difference. He gave me some advice that is a useful caution: These changes are random so by chance can occur anytime and in one line of descent rather than another so I would never try to draw precise conclusions. Your various lines are clearly related but you need standard genealogy to do the rest. Thankfully – for those who wish to engage Peter’s services, he is good at both.

A few days ago, I gave a talk to a very enthusiastic group of Armagh Olivers. My hope is that by sharing what I both know and don’t know, it may help fellow researchers link the remaining bits together. I await new information (and correction).

Thanks to Larry and Francis whose DNA revealed the links between two families who had no idea that they might be related. Thanks to Carol at the Armagh Public Library, and Sean at the Armagh Country Museum. Thanks to my very able research assistant, who not only held down pages of an estate map collection so I could photograph them, but also made a stellar apple tart and scones to sustain us all later that day while we all talked (often at the same time - such was the enthusiasm) of our shared families and Irish history.

Posted by SharonOddieBrown at 2:08 AM 0 comments