The Jacksons of Rathe


Oinri Jackson, whom I introduced in my previous post, not only picked Andreas & me up from Dublin, and drove us the full hour up to his home at Brittas in Co. Meath, but he also took the time to make several side jaunts along the way.

One of these side trips was to meet Brian Garvey, a farmer at Rathe, who owns and runs a sheep farm of some several hundred acres in the Parish of Nobber. This is a parish in the Barony of Morgallion in Co. Meath. In 1754, the townland of Rathe had been leased by Henry Jackson of Lisnaboe and his son Thomas Jackson, and was likely owned by the family for several decades before this. These Jacksons are related to the Jacksons of Ballybay in Co. Monaghan, and are also likely related to another line of Jacksons who lived at Ballyreagan, Co. Down. SEE: Jacksons of Lisnaboe. 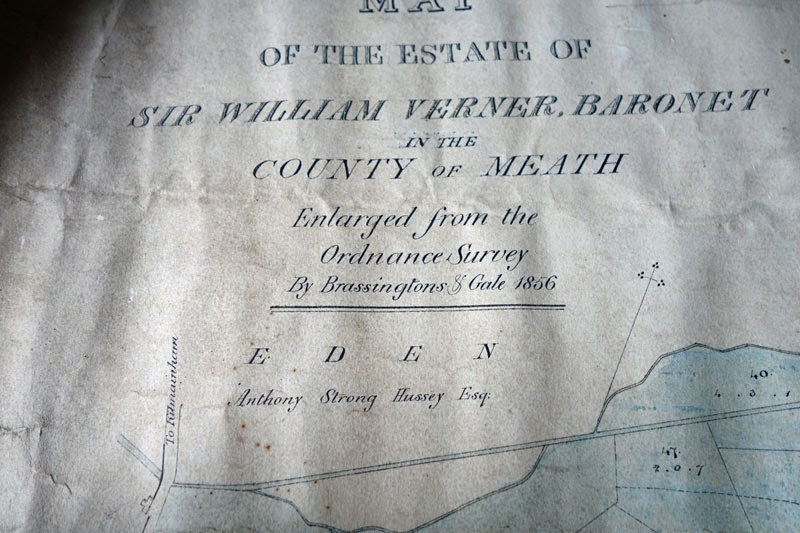 As you can see, the map is dated 1856 and is enlarged from the Griffiths Survey. Maps connected to Griffiths can be found on line at Ask About Ireland. The part that Jacksons leased at Rathe belonged to Sir William Verner. Knowing the name of the landlord helps in searches at the Deeds Registry since the Memorials of the Deeds are indexed by lessor, not lessee. During the potato famine, Verner offered work to any of his tenants in need and also reduced rents by as much as half. This had the knock-on effect of reducing turnover, which means that next on my to-do list is to explore the rental records of the Verner Estate to see what I can learn about any stray Jacksons.

Three things caught my eye when I studied this map. 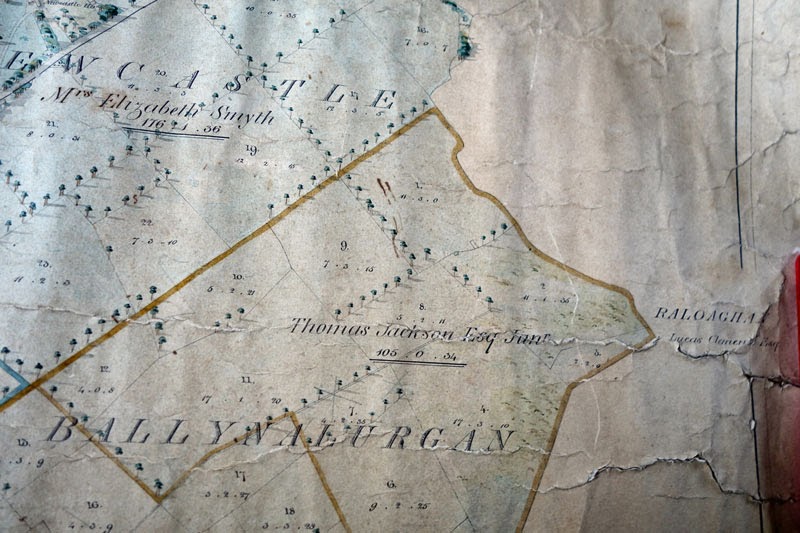 In this section of the map as well as the next one, what caught my eye were the names of neighbours. They are the same names that we see as neighbours of the Jacksons of Creggan, South Armagh. The Jacksons of Creggan are - based on oral history - related to the Ballybay & Co. Down Jacksons. I would love to know who Mrs Elizabeth Smythe was. It may shed light on this issue, since the Smythes were also connected to land in Creggan. 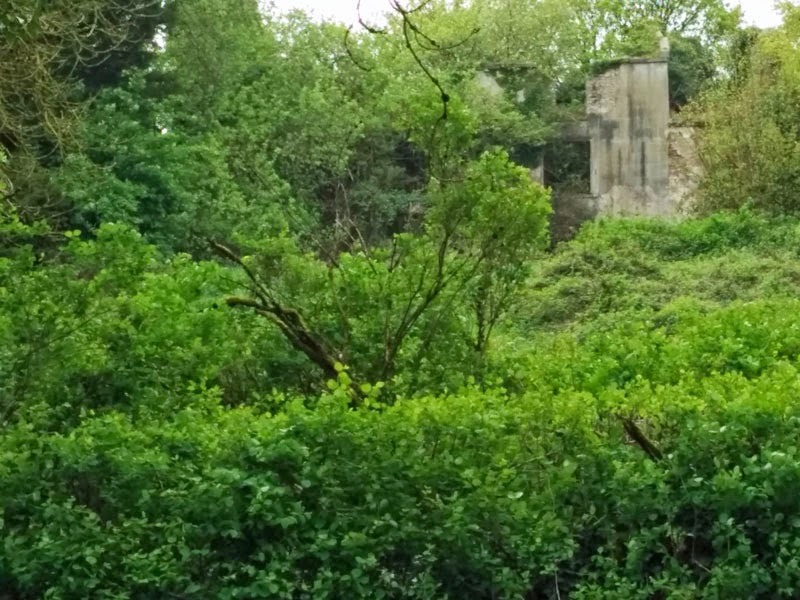 The home of the Jacksons who had resided at Lisnabo is no longer inhabited. Had time and weather been on our side, we might have caught a better picture. There are some thumbnails on Bill Farrell’s site on the page: Irish Photographs from the collection of Nixon and George Montgomery as well as on the page with John McCabe’s report.

As for the cups at the start of this blog, they were an unexpected gift from Brian Garvey. We were just heading out, when he insisted that we should have something to take home with us. A memory. The swirly things he said as he reached into his china cabinet, they are very old here… made by a local potter.

In Irish folklore, the three connected spirals represent the intertwined powers of maiden, mother and crone, a convergence of powers which is most likely to be realized at a time of transition and growth. With all the ancient raths resulting in this townland being named Rathe, Brian could not have handed us a more appropriate gift. A bit of local magic. It is also a fitting symbol for me to reflect on as I write. Always.

POSTSCRIPT: I have just posted some data that might help flesh out the family trees of the JACKSONs of Rathe. Help on this would be more than welcome.
Posted by SharonOddieBrown at 2:10 PM