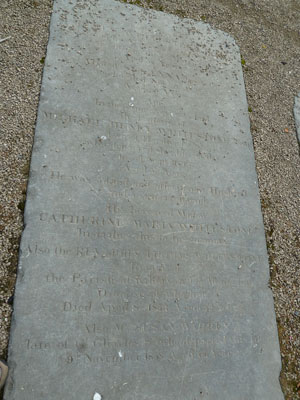 My next post will include a handful of memorials mounted inside the restaurant, ones that caught my fancy for one reason or another. Nothing logical. I am rarely that. Until then, I will give the pigeons the last word. They seem to enjoy the space.
SEE ALSO: Parish records of st. Mary's that mention JACKSONs.
Posted by SharonOddieBrown at 2:27 PM