Travelling Not So Light


A friend of mine has a blog called Travelling Light. I sure wish I knew how to do that. On my trip to Ireland & England, my suitcase clocked in at 48 pounds, my backpack at 16.4 and my other bag at 10. My total haulage was close to 75 pounds. The best that I can say, is that I incurred no damage. 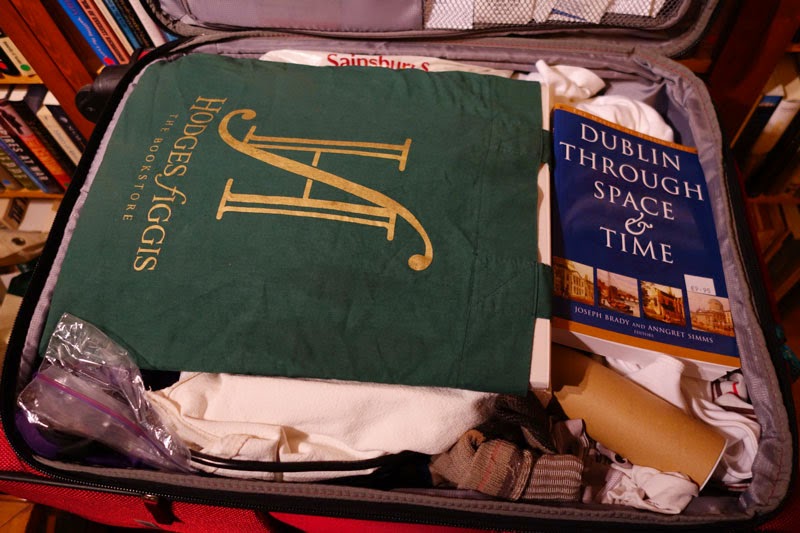 Above on the left, is the bag advertising one of my challenges. Hodges Figgis is worse than chocolate for adding a few pounds. So is Books Upstairs. The former has all the latest and greatest Irish books, while the latter has lots of slightly older books at significantly reduced prices. Eight and a half pounds were added in these two stores - and we are not talking British currency. 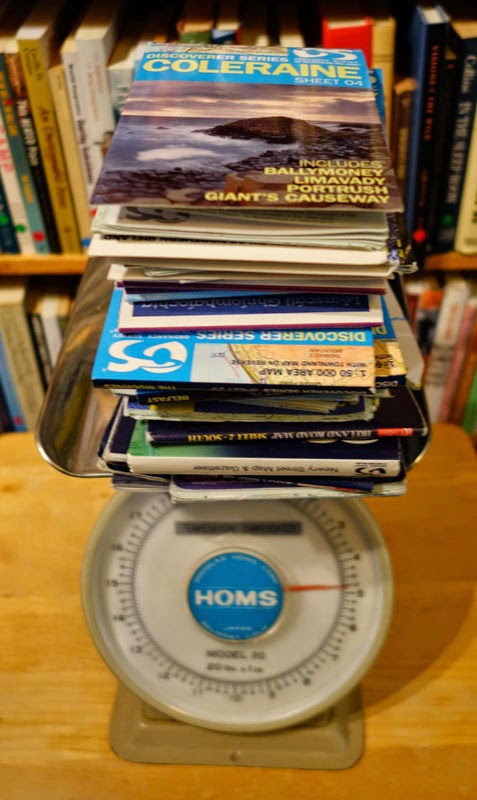 Some of these maps, weighing in at a total of 5 pounds, were bought at Easons on Connolly Street. Is there an app for ordnance surveys – especially the kinds of maps which show Irish townlands? After all, I am no spring chicken, and my hips and knees might start to have opinions about all this foolishness. 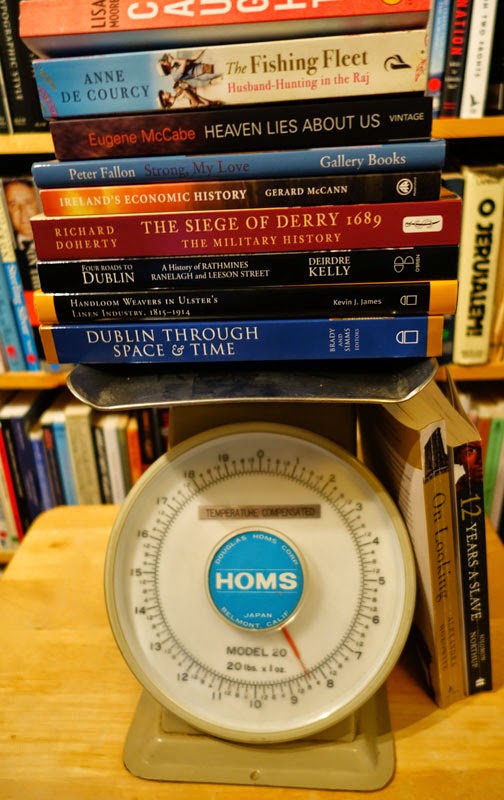 This year, I was a model of restraint with respect to book purchases - at least compared to other years. One book missing from this pile is Meg Wolitzer’s The Interestings. I passed it on to a friend in Belfast after I had finished it. I wanted to read it all in one swat, but had to limit myself to only a few chapters each night. After all, I had come to work, not to spend hours lolling about enjoying a good read.

Lisa Moore’s Caught was the book that captivated me throughout the flight home. In hindsight, I do wonder what my seatmate thought when she periodically glanced over my shoulder. Lots of steamy sex scenes. All I can say is that the story was so compelling that I didn’t notice when we landed, nor even when we had taxied up to the landing gate. It wasn't until I heard the ding to remove the seat belts that I came to. I still had seven pages to go.

And then there is the poetry. Each year, I try to bring another Irish poet home with me. This time, it was Peter Fallon. Strong, My Love turned out to be as good a place as any to begin.

Care, company, community have been fundamental concerns of Peter Fallon’s writing in and about the world, care for people and place, for planet earth and the poetry of earth . . . and the seriousness of that caretaking has developed over the years to a point where the artistic and the moral have converged.— Seamus Heaney, June 2010 Everything in this pile above was essential for my work, but the laptop alone weighs six pounds. I bought it about five years ago because of its eight hour battery – long enough for use in older archives without available plug-ins. A lighter option will have to be in my future, as well as learning about Cloud storage. Since I am often in areas with spotty internet access, I realize that that Cloud storage can only be part of the solution. Suggestions? 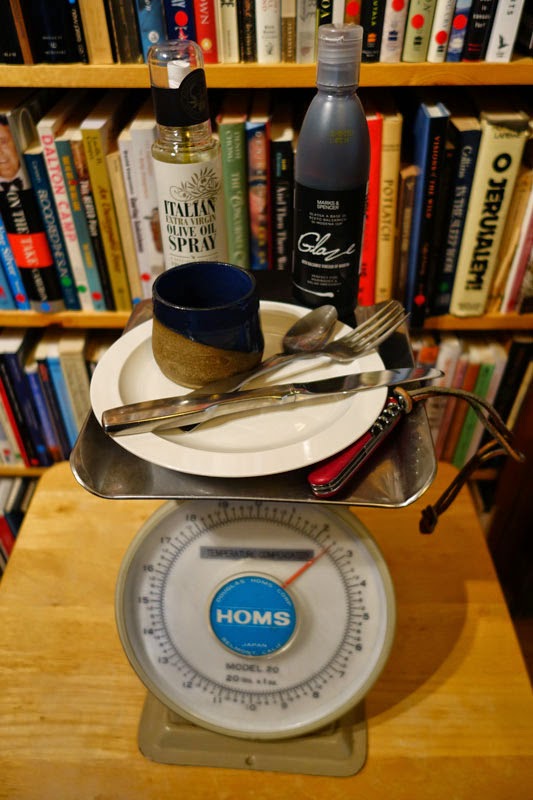 I hate using plastic cutlery in a hotel room, so decent cutlery is non-negotiable. A Swiss army knife,  plate and cutting board are also essential. The olive oil and balsamic vinegar reduction is for my salads, while the cup made by Mikolt is a luxury which works well for whiskey, wine or coffee. With all of the above, I can produce a simple evening meal that feels decent. No trimming here. 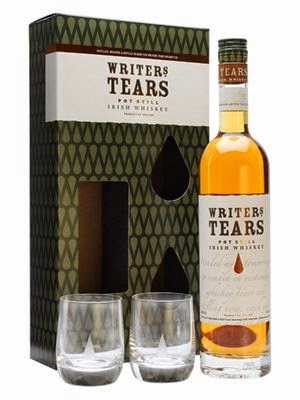 I included this last picture because one year, I will definitely buy and bring home a bottle of Writers Tears Whiskey, with two glasses to go with it. Before I do, I will have to ditch some of my other dreck in order to have room. I reckon that I have a year to work on this, and am counting on a little help from my friends. Advice? Look at it this way. Its the only way I will be able to offer you a nip.
Posted by SharonOddieBrown at 11:47 AM